Guy Beringer is Co-Chair of the Bingham Centre Appeal Board, Chair of City Music Services, Director of BCKR Limited, Trustee of BAILII, Honorary Bencher of Inner Temple, Adjunct Professor at Imperial College Business School. He was appointed Queen’s Counsel in 2006 for his contributions to pro bono and legal services. Guy received a CBE in the 2017 New Year’s Honours list for services to export finance and pro bono work in the legal sector. 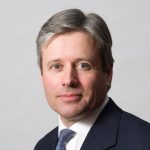 Rupert has over 38 years industry experience.

Rupert Baron holds an Honours degree in Economics, is a Chartered Fellow of the Chartered Institute of Securities and Investments (CISI) and an alumni of INSEAD.

Ailsa Beaton holds non-executive positions on the boards of Bacs Payment Schemes and the Information Commissioner’s Office. She was Management Board member at the Metropolitan Police Service, Chief Information Officer at ICL plc, a Senior Partner at PA Consulting Group and before this worked for General Electric (USA).

Roger Finbow was the managing partner of the corporate department of Ashurst LLP until 2009, remaining as a consultant to the firm until 2017. He served as a member of the Competition & Markets Authority between 2009 and 2017, as a visiting professor in competition law at Essex University from 2009 to 2014 and as chairman of the Seckford Foundation between 2010 and 2020. He is chairman of the City Solicitors Educational Trust and of City Solicitors Horizons, a social mobility initiative which he founded in 2015 to provide in depth support to less advantaged university students seeking to enter the legal profession. He has a number of other board and trustee positions in education, sport and social mobility and is a Suffolk Deputy Lieutenant. 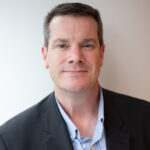 Jonathan Freeman is Managing Director of Earlsbrook Consulting Limited, providing strategic advisory service to charities, businesses and philanthropists. Jonathan’s roles include: CEO of the CareTech Charitable Foundation and Interim CEO of the COSARAF Foundation. Jonathan has also acted as Chief Strategy Officer at the Patchwork Foundation; Localities Lead for the National Citizen Service Trust; and, Senior Mentoring Adviser to the Careers and Enterprise Company. Jonathan was previously Managing Director of Mosaic, HRH The Prince of Wales’s mentoring charitable initiative, and before that a member of the Senior Civil Service. Jonathan serves on a range of charity Boards concerned with integration, social mobility and social care. Jonathan received an MBE in the 2021 New Year Honours list for services to charity.

Vivek Luthra has over 24 years experience in the banking and investment management sector. He spent 17 years at Bluecrest Capital where he was an Interest Rates Portfolio Manager and Partner. Prior to this, he worked at Bank of America, ABN Amro and Nomura as a Fixed Income Trader. His early career was as an auditor at Coopers & Lybrand. Vivek is also a School Governor and Vice-Chair of a large London Academy. 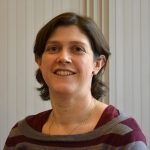 Alison Pickup is the Legal Director of the Public Law Project, a national legal charity which seeks to promote access to public law remedies for disadvantaged people. Alison is a barrister and before joining PLP, Alison was in independent practice at Doughty Street Chambers in London. She is a member of the Expert Panel of the Strategic Legal Fund for Vulnerable Young Migrants and a committee member of the Administrative Law Bar Association. She represents ALBA on the Bar Council and is a member of the Bar Council’s Remuneration Committee. 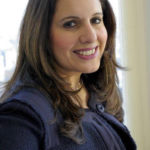 Monica Risam is the General Counsel of Lombard International where she has responsibility for the global legal, company secretarial, risk and compliance and regulatory affairs functions. Prior to joining Lombard International, Monica held a number of senior roles at Aviva plc, including General Counsel & Company Secretary of Aviva UK Life, General Counsel, Aviva Group and General Counsel, Aviva Europe. Monica is a graduate of Georgetown University Law Center and The George Washington University and is dual-qualified to practice law in the United States and the United Kingdom. She is also a non-executive member of the Elton John Aids Foundation’s Finance & Investment Committee and a non-executive director of the International Supporters of EJAF UK. Monica is a trustee of the Royal British Legion. 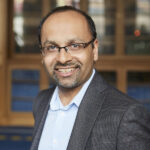 Hetan is chief executive of the British Academy, the UK’s National Academy for the Humanities and Social Sciences. He is visiting professor at the Policy Institute, Kings College London. Hetan is vice chair of the Ada Lovelace Institute, an independent body that works to ensure artificial intelligence and data are used for the public good. He is a trustee of St George’s House, a charity based in Windsor Castle that holds discussions on matters of public interest.

Rupen Shah is the Chief Financial Officer at the Football Foundation (the UK’s largest sports charity) and a proud Trustee of Women In Sport. He trained and qualified as a chartered accountant at KPMG UK, spending several years in Global Mergers and Acquisitions, including a secondment to KPMG India. Rupen combines substantial expertise in charity and commercial finance with a passion for social justice and tackling inequalities, focussing his time and effort supporting causes and organisations who are obsessed with making positive societal change. 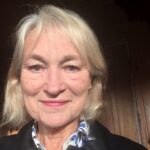 During her career Paddy Sloan has worked as a funder in the independent sector, with government and with a local council, supporting anti-poverty work, urban regeneration and community development. She also spent 8 years as Chief Executive with the Northern Ireland Human Rights Commission, following its establishment in 1999.

Previously National Head of BBC Children in Need in Northern Ireland and interim Director of Grants and Policy across the UK, Paddy is currently Project Director with A Million & Me, a proactive impact theme focusing on children’s mental health. Formerly Deputy Chief Commissioner of the Charity Commission NI she has also served as a co-opted member of the Joseph Rowntree Charitable Trust Ireland Committee, as an external member of the Wellcome Trust Public Engagement Large Awards Committee and is a member of the Northern Ireland Advisory Group of the St. Stephens Green Trust pilot programme on community-based peacebuilding in Northern Ireland.